Skip to main content
It looks like you're using Internet Explorer 11 or older. This website works best with modern browsers such as the latest versions of Chrome, Firefox, Safari, and Edge. If you continue with this browser, you may see unexpected results.

International Day for the Abolition of Slavery: Home

The International Day for the Abolition of Slavery focuses on eradicating modern forms of slavery.

December 2 ~ United Nations International Day for the Abolition of Slavery 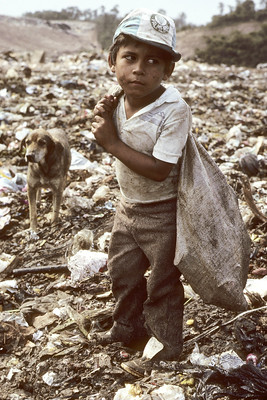 *  An estimated 40.3 million people are in modern slavery, including 24.9 in forced labor and 15.4 million in forced marriage.

*  1 in 4 victims of modern slavery are children.

*  Women and girls are disproportionately affected by forced labor, accounting for 99% of victims in the commercial sex industry, and 58% in other sectors.

Millions of refugees have entered Europe since 2015. Thousands more have perished in their journey along the way. With a major migration crisis staring governments in the face, solutions to the problem remain elusive. What’s worse, CNN investigations also reveal refugees being abused, held for ransom, and forced into prostitution or hard labor against their will.

In Asia, in the Middle East, and even in Europe, in the privacy of families that can act with impunity, over fifteen million housekeepers are victims of slavery: exploited at will, abused, and sometimes raped, these invisible women are the sacrificed workers of the global economy.

Harvard University and the CNN Freedom Project join forces for a special panel event examining the fight against human trafficking in America.

Shedding light on one of the most brazen criminal enterprises to be uncovered in the E.U. in the past two decades, this film tells the story of approximately 2,000 workers—mostly from Southeast Asia, but also from Romania, the Slovak Republic, and other European countries—who were systematically exploited in the Czech Republic between 2009 and 2010.

More than 300 million men, women, and children are being forced to work in conditions of virtual enslavement. They have lost all control over their lives, and their survival rests in the hands of exploitative individuals and corporations.

Europe's wealth represents a golden opportunity for those who smuggle cheap, easily exploited workers across international borders. This program investigates by recording the experiences of human trafficking victims and evaluating the work of the EU government in the battle against 21st-century slavery.

Use the links below to search for additional books and films on “modern slavery”, “child slavery”, “forced labour”, “debt bondage”, “human trafficking”, “sex trafficking”, and other related topics.